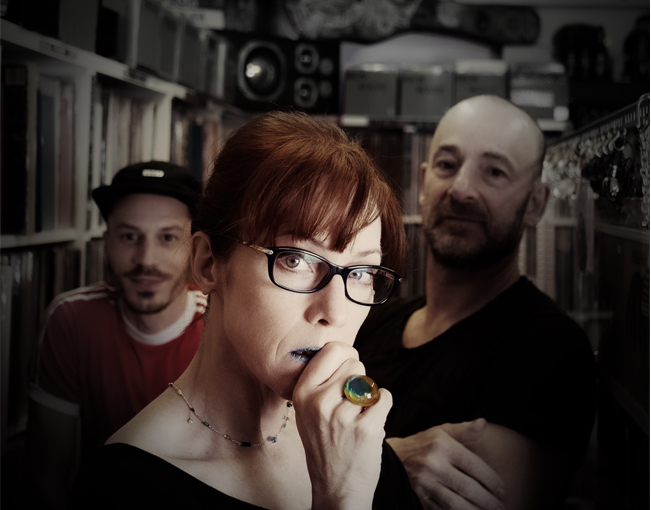 Martin grew up in Canada and currently lives in France. Her live show has been described as “brilliant”, “breathtaking”, “incredible”, “one of the best shows of the year”. 2022 will mark the release of her 5th album.

Martin was raised on a farm but moved to Toronto and subsequently Europe in search of inspiration, evolution, community. She was invited by Tom Holliston (NoMeansNo) to tour EU in spring 2018. Eight subsequent tours together followed – in Europe and in Canada – before the onset of the pandemic. Martin then began recording and arranging at home, and by the end of 2021 the music for her 5th album was completed. Her third recording, Disaster Fantasies, is a fierce collection of original tunes that was independently released on CD and vinyl in Canada in 2010.

It is described by music critics as “intelligent”, “vivid”, “brave”, “masterful”, “reckless” and “must-hear”. Her fourth recording, I’ve been picking Caruso’s brain; I think I have the information we need to make a new world received ecstatic reviews in Canada, Europe and the UK, calling it “genius,” “beautiful,” “provocative,” “unique,” “remarkable,” “profound,” and comparing it to Bjork, PJ Harvey, Kate Bush, and Talking Heads. NBT Radio in Cologne, Germany, rated it the best album of the year out of 200 competitors, and Starship Overflow Radio in the UK called it “Brilliant… Superb in every sense of the word”. On her much-anticipated new release Martin uses organic instrumentation, samples, field recordings, vocal improvisation, physical synths as well as plug-ins. She draws influence from multiple genres and even nature itself for these passionate songs about solitude, separation and desire.

NOTE: These settings will only apply to the browser and device you are currently using.